You are here:
Guest Blog 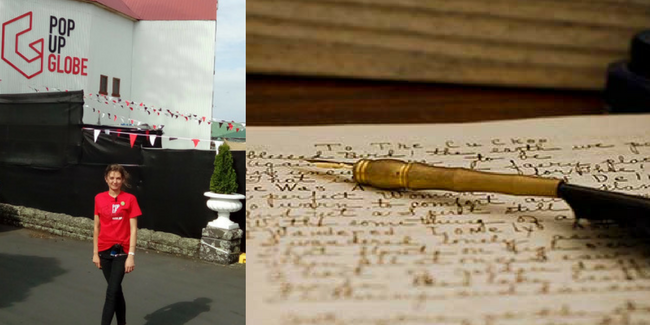 That was in 2016. Now, nearly two years later, I am heading back again, for the 2018 waggon production in the city streets. In 2016 I had just finished my MA degree; now I am in the second year of a PhD. My doctorate thesis explores modern revivals and reinventions of the York play cycle, questioning how and why the plays have survived for current and future generations. This is truly living research: I am privileged to spend much of my time talking with people – cast, crew, creatives, audience members, scholars, academics – involved with current or past productions of the cycle. I also work with archives, trying to trace the history of the mysteries and where they may be headed in the future. And I am lucky enough to see the plays when they are staged.

Teasing out how the cycle is shaped for (and by) new generations and new audiences means asking many questions. Does a medieval perception of the plays align with a modern one? How and why (or not)? What role, if any, does the cycle have today that it did not have in the Middle Ages, and how has it adapted to serve this function? What decisions (staging, design, textual cuts, acting, costuming, community involvement to name just a few) must be taken when staging the plays? How and by whom are these handled? Who ‘owns’ the plays? Some of these questions can perhaps never be fully resolved, but looking for the answers helps illuminate the role and function of the plays today and how important they are both to the York community and further afield.

Like many others in York and elsewhere, I love the plays. I love them for their history and heritage, their colour and pageantry, their drama and spectacle; for their power to draw laughs and tears; for the way they bring people together. Let the waggons roll!

Accompanying photo: Outside the Pop-up Globe theatre (Auckland, New Zealand), a working replica of Shakespeare’s second Globe. During the summer season I spend a lot of time here – when not writing my thesis, of course…