The York Mystery Plays had a hugely successful run in September 2018, and you can now buy the DVD!

As a not for profit organisation we rely on the support of generous organisations and individuals.

You can support us using the donate button below.

A Celebration of Medieval Festivities

Since 1998 our plays have taken to the streets of
York every 4 years to recreate the spectacle
of these Medieval festivities.

Our City’s Literary and
Theatrical Tradition

The staging of the York Mystery Plays is one of the
city’s greatest literary and theatrical traditions, and is
a hugely popular part of York’s cultural heritage.

What are the York Mystery Plays?

The York Mystery Plays are a theatrical spectacle performed by the communities of the City of York, the Plays will return to the city in June 2022; on 19th and 26th at various locations across the City.

On 22nd and 23rd June  special midsummer performances will take place as the Mysteries return to the Market Place in Shambles with audiences able to experience 5 Plays in this unique setting.

Originally a set of 48 plays performed by the medieval Guilds of York, they illustrate the Christian history of the world from the Creation to the Last Judgement. They contain stories of delight, humour, horror, temptation and resistance.

After several centuries lying dormant, the plays were resurrected in the 20th century with performances in the York Museum Gardens, performed by massive casts drawn from York’s community. Over time, many different groups and venues have hosted the tradition. In the 1990s, the Guilds of York reclaimed their heritage by producing a set of plays on waggons, as their medieval ancestors once did.

Whilst the plays belong to anyone in York who takes an interest in them, the Guilds and Companies are privileged to help bring the Plays to a new generation. We hope you will join us this summer as the waggons roll once more. 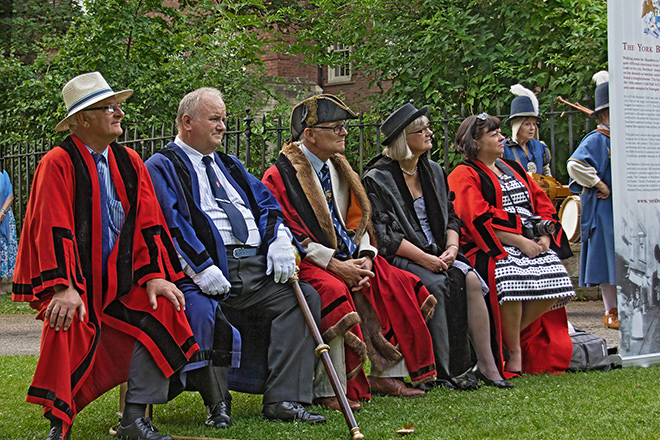 Guardians of the Plays

The York Mystery Plays are the joint creation of centuries of York citizens, from the medieval guilds of York to our modern performers and audiences. Find out more about those who make the plays happen. 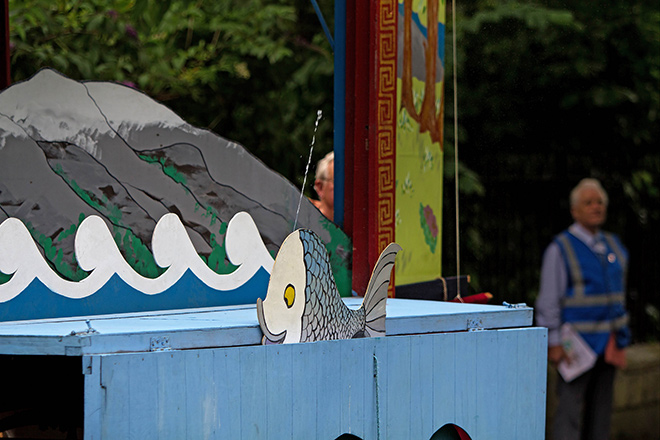 The York Mystery Plays are a cycle of 48 medieval plays covering the Christian history of the world from the creation to the Last Judgment. Find out more about the eight plays which have been chosen to represent the cycle this year.

Revived in the 20th century, the Guilds and Companies of York are inheritors to the ancient tradition of York’s Mystery Plays.