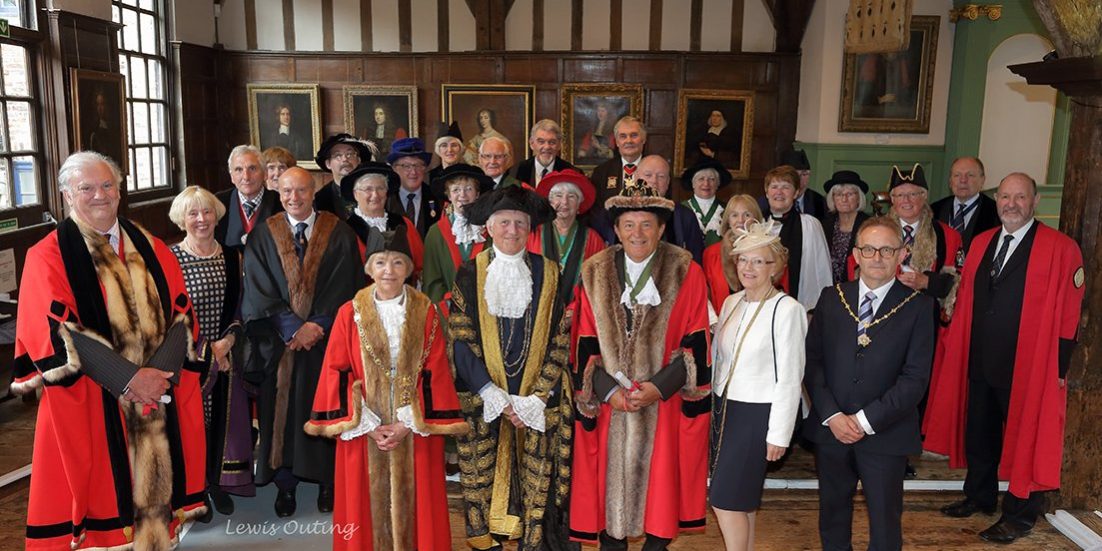 On Sunday 10th June a ceremony dating back to the 15th century marked the official start for the Guilds, Companies and Groups of York to prepare in earnest for the quadrennial York Mystery Plays.

The ceremony of the Presentation of the Billets to the Masters of the ancient Guilds and Companies ordered them to ‘bring forth’ this year’s plays on two consecutive Sundays, the 9th and 16th September 2018. According to ancient custom, “every pageant master of the said Guilds shall be ready in his pageant with good players well arrayed and openly speaking upon pain of a fine of 100 shillings to be paid to the City chamber without pardon”.

The presentation by Lord Mayor followed Guild services and a parade through the city to the Merchant Adventurers Hall in Fossgate, York.

Mystery plays have been performed on waggons in the city of York since medieval times. This tradition of the Guilds of York bringing Bible stories to the masses disappeared for a while but was then revived in the 1990’s by York Festival Trust and they have been going from strength to strength ever since.

In 2018, the York Festival Trust, which has been working on the Mystery plays for 20 years has engaged a new artistic director to build on the work of previous productions and to create from the 48 surviving scripts a fresh approach to this ancient tradition.

Tom Straszewski, Artistic Director today said ‘As great works of literature and drama, the York Mystery plays tell the story of the world from the beginning of all things to the end of all things. From the comedy of the play telling God’s creation of the world, to the joyous crowd scenes in Jerusalem, through to the brutal crucifixion, to the great set-piece dramas of the Harrowing of Hell and The Last Judgement.’

Roger Lee, Chairman of York Festival Trust today said ‘we are looking forward to another bumper year – the 2014 plays were seen by over 4,000 people from all over the world, and this year we have expanded into the week between the Sunday performances with a new evening performance in Shambles Market on 12th September’

Traditionally and to this day co-ordinated (and sometimes performed) by the Masters of the York Guilds and Companies, this is one of the largest voluntary events in the city with over 600 people taking part in 2014. The event will comprise of 11 stories told on pageant wagons that move between stations throughout the city with medieval musical processions in between.

As an ancient tradition, an example of some of the finest medieval story-telling and also as a spectacle, this event that only happens every four years, with hundreds of community participants including actors, set builders, waggon pushers and musicians makes York Mystery Plays are a must see event in the York Calendar York Mystery Plays will celebrate it’s 20th year and be performed in York on 9th, and 12 th and 16th September 2018. Offering a truly unique experience for local and visitor alike, watch one or watch them all, bring a picnic and sit on the grass or buy a ticket and sit in comfort. Tickets will be available later this month.

If you would like to show your support to this not-for-profit event, donations can be made here.