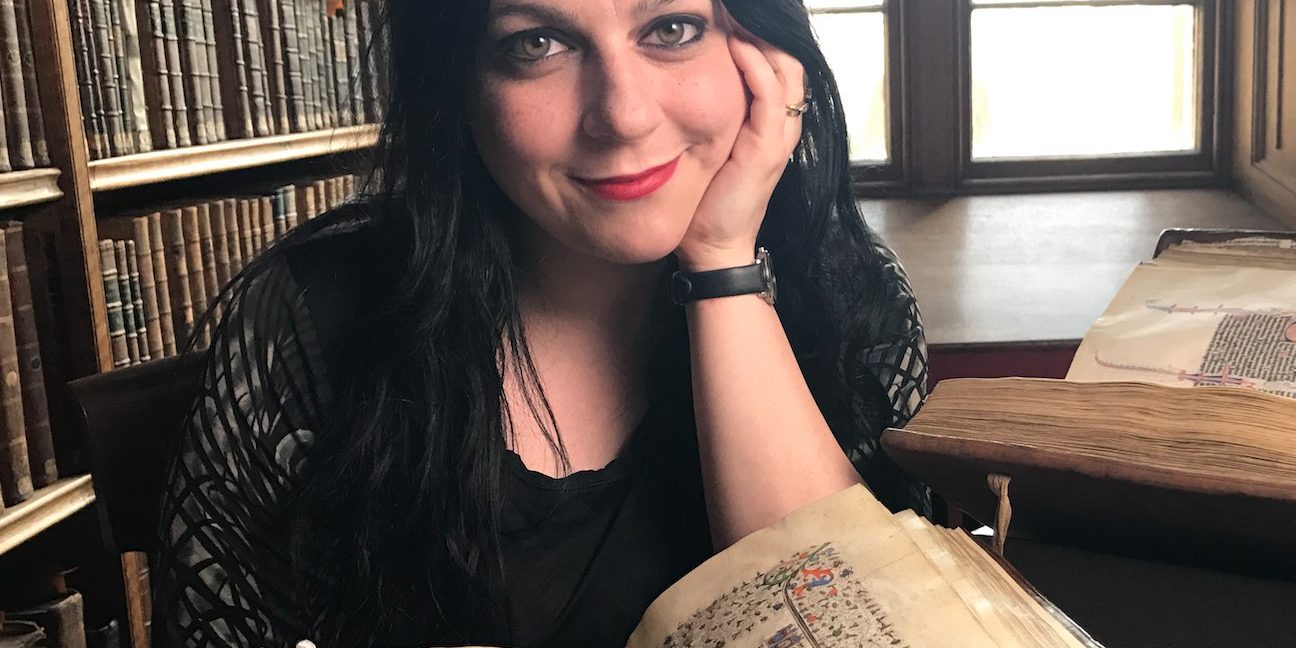 We have been joined by the talented British art and cultural historian and TV presenter, Nina Ramirez who is getting involved in this year’s York Mystery Plays. We decided to ask her a few questions about why she is getting involved and the connections she has with both the city of York and the Plays…here’s what we learned!

About two years into my degree in Medieval English literature at Oxford University, my tutor suggested I apply for a Masters at York Centre for Medieval Studies. He claimed there was ‘nowhere better in the world’ for me to study this subject, and he was right. I only intended to stay for one year, but one became six as I then went onto to do my PhD and secure a lectureship. I only left because my mum became ill and I had to move back down South. As far as I’m concerned I could have lived in York permanently. It still feels like home.

I was involved with the Mystery Plays pretty much from the moment I walked into King’s Manor for the first time! A group of exciting and enthusiastic medievalists cornered me and asked if I minded playing male characters. I’d been involved with acting all through my school years, so the chance to indulge this passion alongside my love of medieval texts was a joy! Plus I looked pretty good with a drawn-on moustache. I performed in the 2002 Waggon Plays with Lords of Misrule, playing the part of a shepherd in the nativity.

Why study the past at all? To get in touch with the origins of people and places. There is nothing like being involved with the Mystery Plays to bring a deeper, immersive understanding of Medieval York into focus. Those performing are reciting the words penned hundreds of years ago, looking out on buildings, many of which were there at the time the original plays were performed. They act like a form of time travel, taking you back through language and experience to a previous incarnation of the city.

I still stay in touch with some of my fellow ‘mystery players’ and am often back in York. I felt very honoured to be asked as being a part of these plays during my early 20s was such an important and formative time in my life. I want to do all I can to help both the people of York and a wider audience understand why these plays are still relevant.

It is always about outreach, reaching out to new audiences. It would be fabulous if more people from different parts of the city’s demographics and further afield could come and engage with them in meaningful ways.