Thoughts from the Pageant Master… 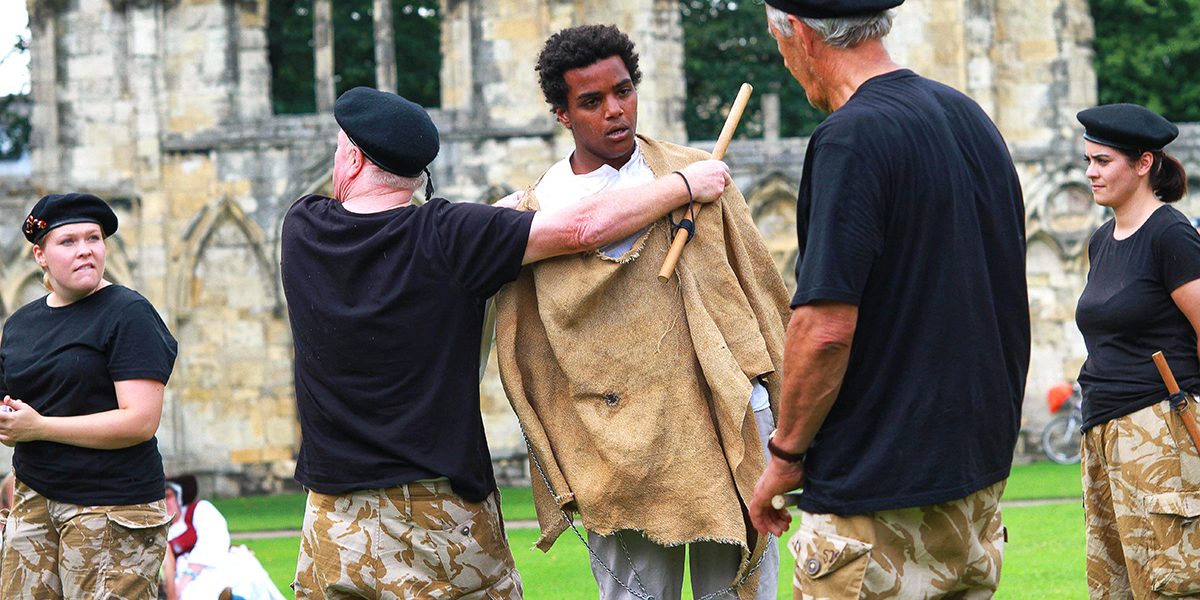 It’s the last few days before 2018. Everywhere are little nativity scenes, which always remind me of the waggon plays- a little stage on which we see the Nativity story, rolled out each year before disappearing off into attics and storage boxes. In nine months, the groups and guilds that perform the York Mystery Plays will be rolling out their own stories throughout the streets of York, for a brief week of pageantry, spectacle and noise.

The Mysteries are part of York’s rich heritage that go back for centuries. It’s easy to think they’ll always keep rolling, but there’s a huge amount of work that goes on behind the scenes. Venues and routes have to be agreed, groups seek out directors and actors, and audiences need to be found. Over the past year, Roger and I have been meeting groups, actors, directors and academics, to create a whole programme of events across 2018. Riding Lights Youth Theatre are performing a set of Modern Mysteries- new plays by writers from around York. The Centre for Medieval Studies will be hosting a series of public lectures on the York Mysteries and how they relate to the city. There might be some medieval clowning. And new for 2018 will be a mid-week performance of a selection of the plays- a torch-lit performance in the centre of York.

Although the waggon plays might seem very traditional, there have always been new approaches and innovations. Sometimes it’s the wagons that change- a petrol-driven Last Judgement, or the custom-built crucifixion machinery. Other times there’s a new station, or a new format. 2014 saw a Chorus to help bind the individual plays together. Some groups bring in modern costumes, or even look to the future for inspiration.

The familiar stories that form the tentpoles of the York Mystery Plays are still there- the Creation, the Crucifixion, the Last Judgement- but there will also be plays more rarely seen- Cain and Abel, or Moses and Pharaoh. You can find out more about them here. The mix of old and new will also reflected in the groups that will participate in 2018. Established guild, church and drama groups will be joined by new community organisations. Over the next few months on this blog we’ll be meeting the groups who will be performing these- make sure to check back here to find out more!