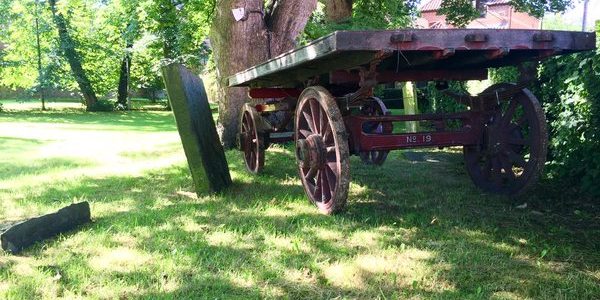 In September 2018, the York Mystery Plays will load the waggons and take to the streets to recreate the spectacle of these traditional medieval festivities for their 20th anniversary.

So, what exactly are the Mystery Plays?

The Plays are among the earliest formally developed plays which date back to as early as the fifth century. The Plays focus on the representation of the Bible stories and are often performed in cycles which can last several days. As the Plays developed over the years they centred on the major events within the Christian calendar, from Creation to the Day of Judgment. By the end of the 15th Century the Plays were performed on festival days and often on decorated pageant waggons that moved through the city to allow different crowds to watch each Play through the streets.

There are now only four remaining “cycles” of the Plays left, with York’s being the most complete, (having 48 pageants remaining). In 2018, the Plays will bring 11 of the original Plays to life, with the communities of the City of York coming together to participate and celebrate this historic milestone.

The Plays are of huge importance to York’s cultural heritage, and as one of the last remaining cities to continue to play homage to this tradition, York will draw in spectators from far and wide to this theatrical marvel.

There will be different ways of watching the Plays this year, from traditional waggons taking to the streets where onlookers can catch a section of the Plays or move with them throughout the City, an open area, “The Green”, acting as the perfect spot for picnics and pitching up for the duration, a dramatic immersive fair where spectators will be able to experience the full Medieval drama and “The Stage”, where the audience can experience the Plays from beginning to end in an enclosed location away from the hustle and bustle of the City. Whichever way you would like to experience the Plays, there will be a great sense of theatre and spectacle throughout the City, so make sure to put 9th, 12th & 16th September in the diary!